There is a boring intro, pictures below…OK, here’s a taster…

Consider the history of numbers, it starts, of course, with the whole numbers, starting from one.  The numbers we use to count things, to a mathematician the Natural Numbers.  Subtraction however is a very useful operation but it has a problem

seems like a reasonable thing to do, but the answer is not a natural number.  After a surprisingly long time people accepted that it was worth including negative numbers and zero.  This gives a system in which we can add and subtract freely without coming across new numbers, we can say that this new system the Integers is closed under addition and subtraction.

God gave us the integers; the rest is the work of Man.
Leopold Kronecker

.  In this case we can see that the only possible value for

.  To calculate this we need an additional operation: division, so we have

.  Once again we are faced with a problem.  Division needs new numbers, as the only solution of

.  The solution is simply to include these numbers in our system.  We now have the collection of all fractions.  The Rational numbers.

Continuing this process we can now consider a sequence of multiplications and additions together and ask for solutions.  For example taking a number, multiplying it by itself, and then asking when this is equal to the original number plus one.  This gives a polynomial:

, which is the same as

.  By convention polynomials are written with 0 on one side of the equation.  Finding solutions to such equations has a long history in early mathematics, and the general case was only understood in the nineteenth century, involving Complex numbers and the elegant insights of Galois.

What happens when we allow more than one unknown in the equation? The answer is that instead of getting a small number of points in many cases we get a line.  For example consider the equation

that satisfy this equation are the points on a circle of radius 1.  By changing the

we get circles of different radii. When this value is

we no longer have a line the only possible point is

, that is the circle of radius

must have positive values.  Similarly if this value is positive there are no solutions with real numbers (I will avoid complex numbers for this post).

this attaches a value to every point on the plane.  We then want to consider the set of points with a particular value.  In the first example this is

Lets now go to three unknowns.  We now start to get very interesting as the sets of solutions move from lines to surfaces.  As a first example we can try the generalisation of the equation for the circle above to three variables

.  Perhaps unsurprisingly we get a sphere: 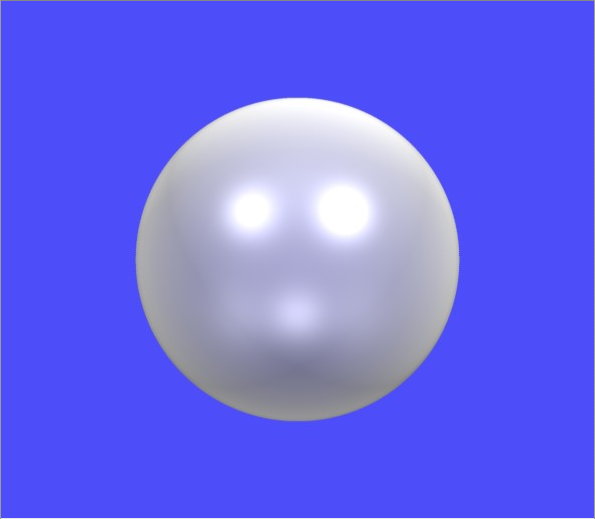 So what else can we get from these equations.  In fact a very wide collection of things, and I encourage you to play around using some of the software available to draw arbitrary equations.  For the images in this post I used surfex, a front end for surf, but this is a little bit of a meal to set up, also it does not produce three dimensional models.   There are easier options on the web,  the Liverpool surface modelling package can be used to generate models online and it has an online front endend to play with.

So have you been away to play?  That is a far easier way to gain intuition than trying to decypher my cryptic comments.  However a some point one moves from being willing to simply try random equations to wanting to put some control on the process.  So here is some guidance as to how you might do that.  Yes, this is part of the plot to generate unlimited numbers of maths based logos, that I mentioned in the last post.

To design I will work with the idea of genus introduced in the last post.  This is the number of holes through the surface.  The definite cheat of google can home straight in on equations for the Torus/donut with genus one. 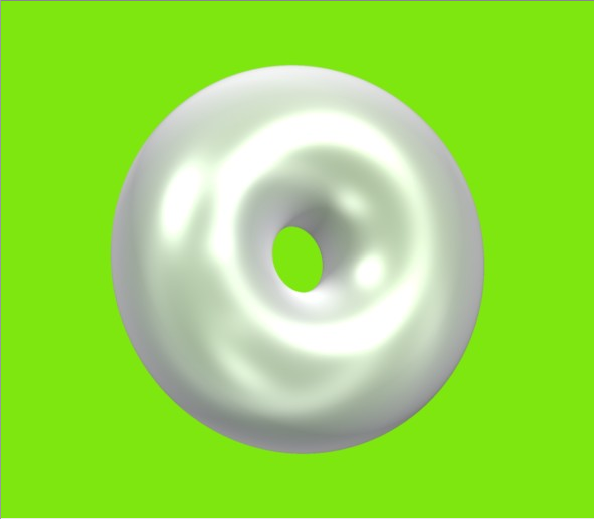 We will therefore start by trying genus two.  As two dimensions are easier to work with, what can we do on the plane.  A little playing comes up with

that gives a figure of eight.  For consistency I will draw this in three dimensions.  If we do not include

in the polynomial then this direction does not change where the zeroes lie so we get a cylinder with cross section given by the curve in two dimensions.

So how can we use this curve to give a surface?  We have to make it change with

, and when we cut through for some value of

we will see two curves.  Lets get two curves close to this one therefore.  To do this we can first square the function

this does not change the set of zeroes, but when we consider the function on all space it makes all values positive.  If we look at the points which have a small value therefore we will get two curves close to the figure of eight:

Now we need to get the small value to change with

being negative in a small range, zero at two points, so the surface closes up and positive elsewhere.  If the value is positive then there are clearly no zeroes, as

is always positive itself.  We have already seen how to get this, using

.  Adjusting numbers a little to improve the image gets the desired surface with two holes:

the new surface will touch the surface for the second function on a curve in the zeroes of the first.  Its easier to see a picture.  Take the sphere as defined above

, square the function to get

and now add a second function,

.  This can be zero only if

is positive, so we have: 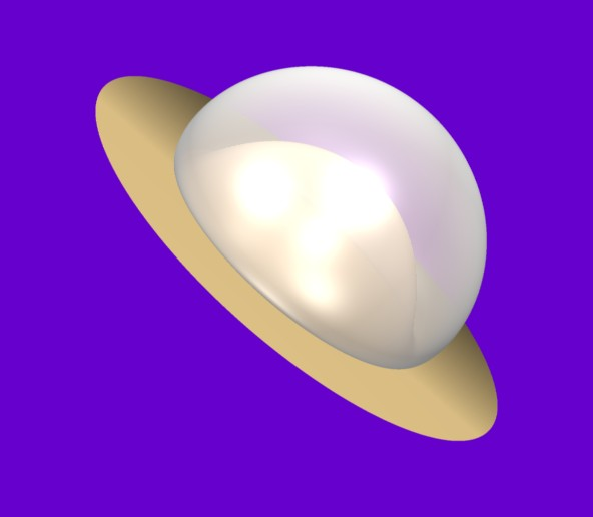 .  We can do a lot with this trick to create holes.  For example, sticking with the sphere, let us use one of the functions from above to cut four holes in it:

As a quiz, what is the genus of this surface?

To finish the surface I began with, this is a Cayley surface, with four singularities (the places the surface comes to a point).  Up to some non-trivial transforms of surfaces this is the unique cubic surface with this property, a cubic surface is a surface where  no more than three of

are multiplied together, so

or $x^2y^2$ are not.  This surface is the same as the model I showed in my previous post.